Cheesecake with Nutella was the first solution that I found that answered my quest for what to cook that is good, but also original, for World Nutella Day? 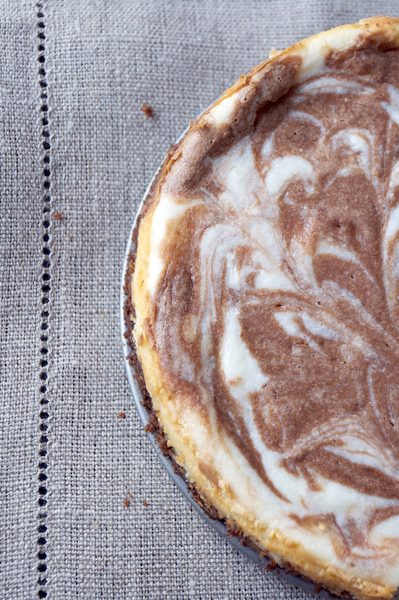 Crepes with Nutella are old news, tortillas, and wraps even more, and let’s not even talk about tarts…
Thus I tried the cheesecake, modifying a recipe found in a book a bit, and trying my luck.

The version that I am giving you has been further revised and adjusted, because my cheesecake definitely needed some improvements.

P.S. Do you want to prepare this inviting cheesecake but don’t want to give in to the Ferrero temptation? You can make Nutella at home by following our instructions!