One of the most exciting times of my Sicilian holiday at the Anna Tasca Lanza Cooking School was the visit to the dairy, where I had the chance to watch the local artisans prepare curd, primo sale cheese, and ricotta from scratch.

Of course, some may find this a trivial experience, but as a child of the city I am always filled with wonder when I am faced with things so genuinely rustic. In short, for those who grew up buying ricotta … at the supermarket counter, witnessing cheese manifesting itself from fresh milk seems miraculous.

At the Dairy owned by Enzo Privitera, in Castellana Sicula, where my friend Linda led our small party of foodies, the cheese is made just as it once was, and the trade has been handed down from generation to generation. 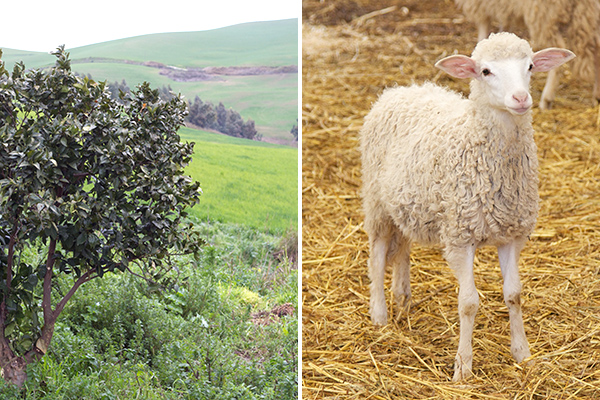 Filippo, the master cheese-maker, prepares different cheeses every day (without ever resting, not even on Sundays!) such as primo sale, ricotta and pecorino, from the milk of the sheep raised on site. 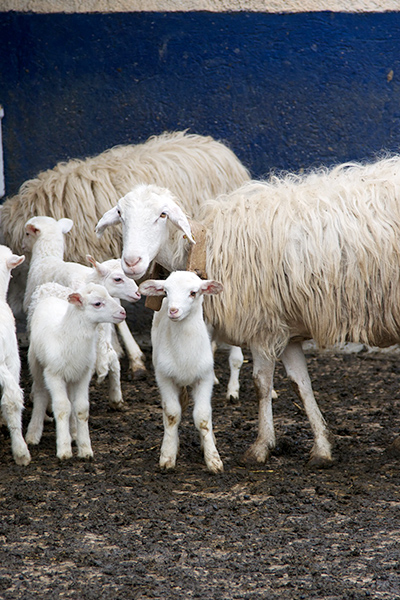 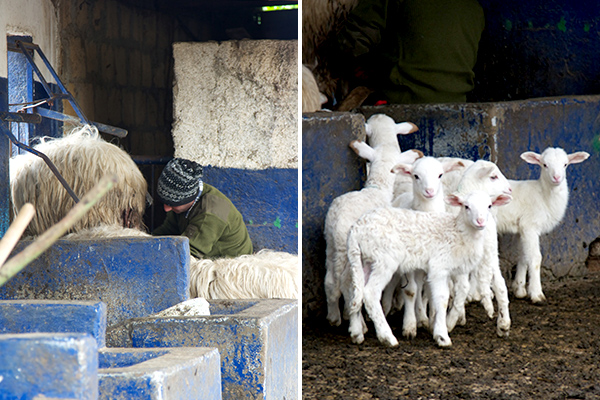 The operation is not easy to do, and even easy to tell, particularly for anyone like me who had never seen anything like this before, but I will try.

As a first step, Filippo warms the milk at 36°C, then adds the rennet and leaves the mixture to rest, and slowly solidify (becoming curd), for about half an hour. At this point, Filippo separates the solid part, which is compressed into large plastic molds to become primo sale or pecorino, from the liquid, which is then returned to the pot with the addition of milk and heated to 78°C. 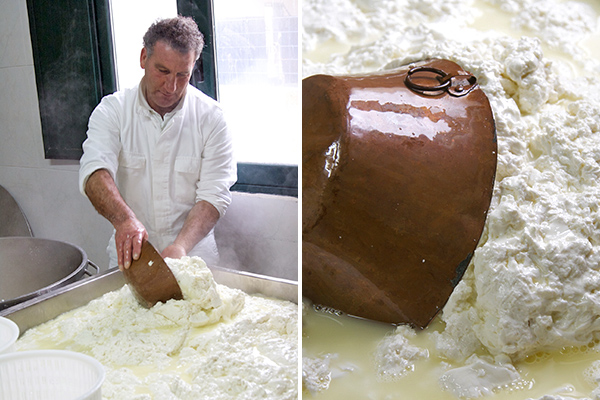 At the indicated temperature, the ricotta begins to surface. Filippo collects it in small plastic baskets and lets it drain; a few hours later, the ricotta will be compact enough to be transported to nearby villages and sold. 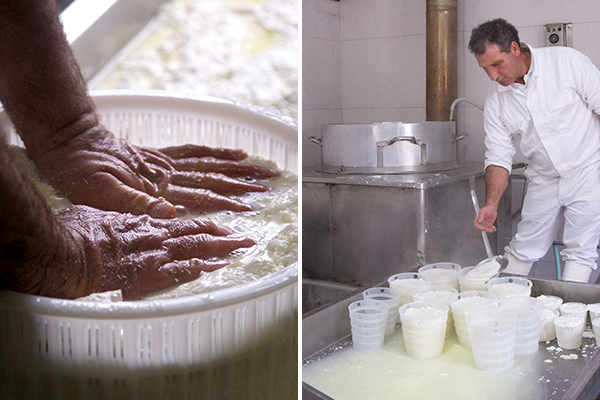 The cheese previously put in the mold (it’s called tuma and it is excellent even as is!), destined to become pecorino or primo sale, is seasoned and left to soak for a few hours in the last remaining liquid in the pot, then transferred to special straw baskets, where it ages. One day of aging is sufficient to make primo sale cheese, while for pecorino cheese it takes weeks or months.

In the first photo at the top of the post, you can see the ricotta just made by Filippo (that I later tasted!); below, on the other hand, the primo sale; they were both incredibly good! 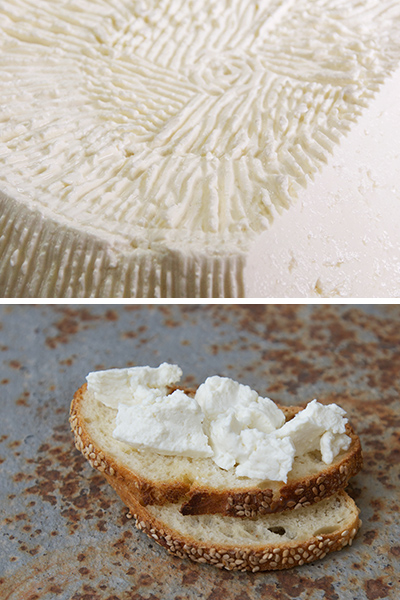 How can something so extraordinarily good be duplicated in our kitchen? I’ll tell you straight out, it’s impossible, unless we start raising sheep and lambs in the condominium courtyard.
We can, however, try to make ricotta at home (or let’s say, something similar!) with cow’s milk; it’s not difficult.  I followed Izn’s recipe, which I quote practically word for word.

First of all, we make the curd.

Next, we will make the ricotta – yes, for real!

Have you ever made any kind of cheese at home? Excluding labna (a great classic!) and butter, we had never tried anything like this before. If you have some recipes to suggest, or some story to tell us on this topic, we look forward to reading it in the comments!