Every year the first hints of Spring bring along the beginning of Passover preparation.
It’s  the period we start cleaning the house to make sure there isn’t the smallest trace of leavened food left, but above all it’s a couple of weeks during which every Jewish woman spends an unreasonable amount of time planning the dinners she is going to host with family and friends, in a frantic and desperate search for recipes – above all desserts – that are edible and at the same time respect the rules of Passover. 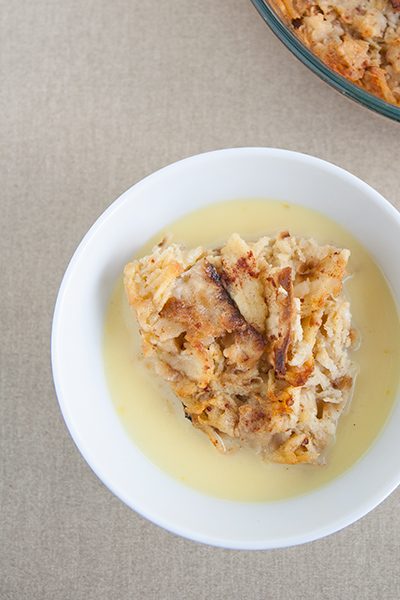 The recipe I am sharing today yelds one of the simplest and tastiest Passover treats I’ve tried in recent years: it is a kugel, made of matzo and apples, which I learned from the Monday Morning Cooking Club. Most people (including myself) hate eating matzo for the 8 days of Passover, but in this recipe matzo is unexpectedly very tempting and yummy: give it a go and let me know if you like it!

This recipe can be made gluten-free if you buy gluten-free matzo, available in most big supermarkets and Kosher shops around Passover. 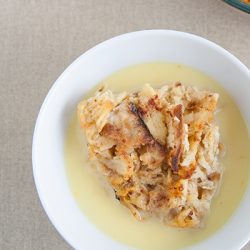 In the pictures above you can see our kugel served with a runny pastry cream I made to go with it, but you can also serve it plain or with whipping cream.