At the end of the Jewish Passover, Pesach, Jews of North Africa, now scattered in many places including Italy, celebrate a very special celebration called Mimouna. This occasion not only celebrates the fact that they can finally eat bread, but also the arrival of spring. 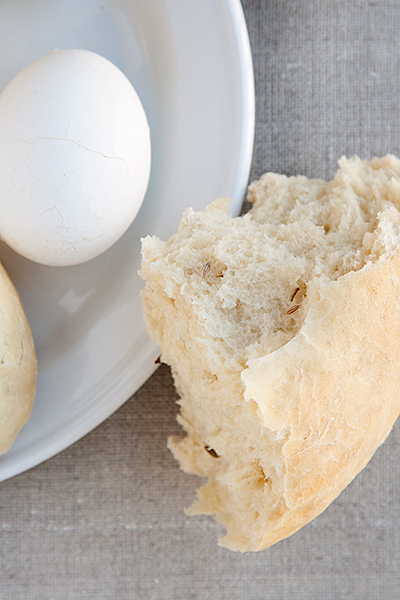 The Holiday begins after sunset on the last day of Pesach.
In many communities, Jews received from their neighbors, particularly Muslims, baskets of flour, buckwheat and yeast to prepare bread at the end of Pesach, when Jews did not have the necessary ingredients because of the holiday ban.
Jews, in return, opened their homes to visitors, preparing tables full of sweets, cakes and other products of symbolic significance.

The mimouna festival began with baking bread. The whole family attended this ceremony, expectantly waiting for the fresh bread, much craved after a week of eating matza.
In Libya, where my family comes from, Jews prepared bread that had the same name as the festival, mimouna. I will be telling you about this recipe today.
It is a very special and festive bread that holds an egg, and a lucky charm inside, and is a symbol of the life circle.
Women used to prepare such bread for each family member to give each one a special blessing. It was believed, in fact that the night of the mimouna heaven opened to welcome the prayers of men. 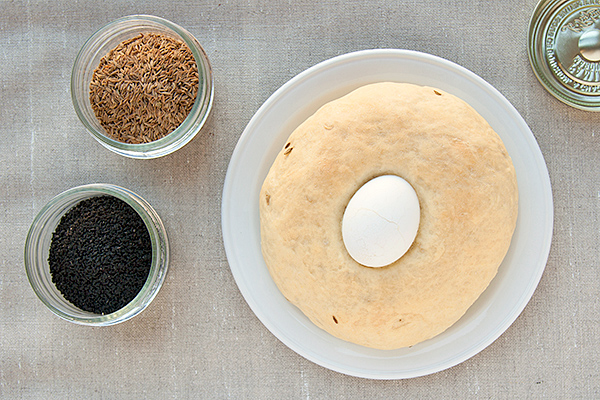 In Italy, at Easter, in many parts of the country and particularly in the South, bread similar to mimouna is prepared.
In the past, during the Lent, severe food bans were observed, banning the consumption of meat, eggs, and cheeses, but with the coming of the Holy Week, all foo restrictions ended, and eggs returned center-stage on the Easter table.
In Sicily, for example, where I am right now, a bread is prepared called “coddura”, probably of orthodox origin, round in shape, with a variable number of hard-boiled eggs.
Breads like these are very common throughout Mediterranean countries. Similar ones are found in Apulia, Calabria, Campania, and also in Greece, where a particular bread with eggs is eaten at Easter called tsoureki.

Eggs are a recurring ingredient in many recipes during the Easter season, because in Christianity they represent the empty tomb of Jesus, while in other religions, even the most ancient ones, they are a symbol of fertility and rebirth. 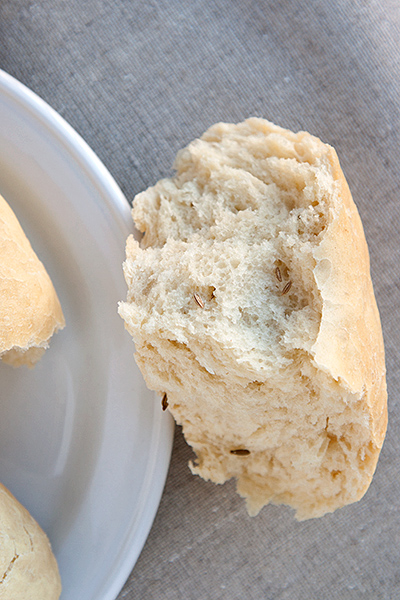 Are there any recipes, in your family’s tradition, that require this symbolic union of bread and eggs? I would be very happy to read some in the comments. 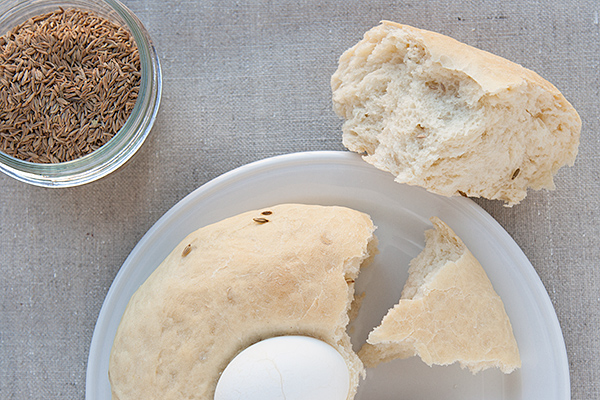 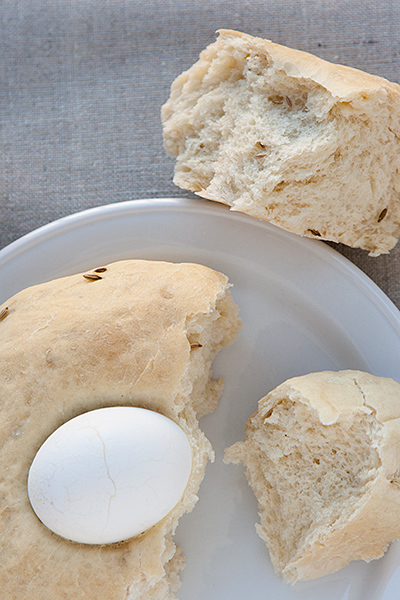