Fried bestile hold a special place among the Libyan Jewish recipes that I most love (and that nevertheless, I rarely prepare), because they have a magical madeleine effect on me. They vividly remind me of my childhood. 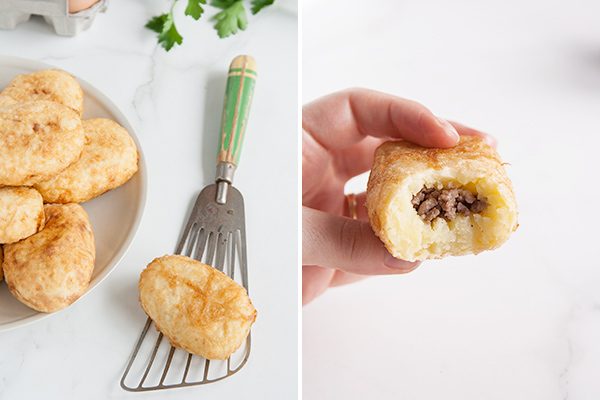 These fried mashed potato patties, are one of my Aunt Lois’ specialties. My aunt often prepared them as an appetizer when the family met at my grandparents’ home for special occasions, for Shabbat, and for Jewish festivals. This made us kids very happy, and we jumped on the serving tray to grab at least a couple of bestile before they were gone. 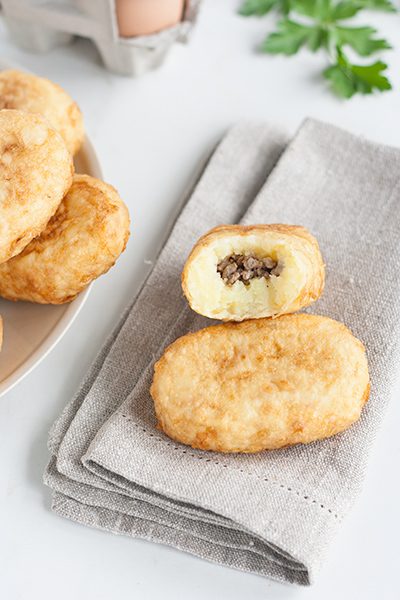 In my opinion, these patties are a labor-intensive dish. The preparation of the ingredients, the shaping of the bestile, and frying, are all time-consuming steps, and by the time you finish this recipe, your kitchen will resemble a battlefield.
However, be aware that few appetizers in the world will bring you as much pure unadultered joy as freshly fried bestile, wrapped in paper towels and eaten with your hands when they are still hot, crispy, and soft inside. 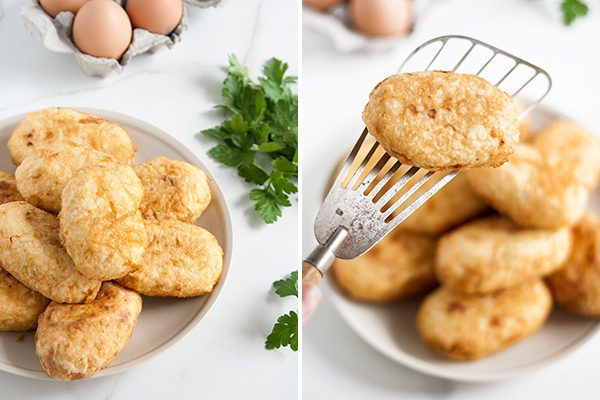 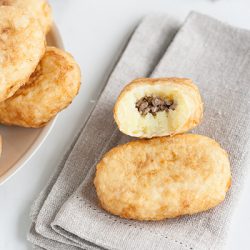 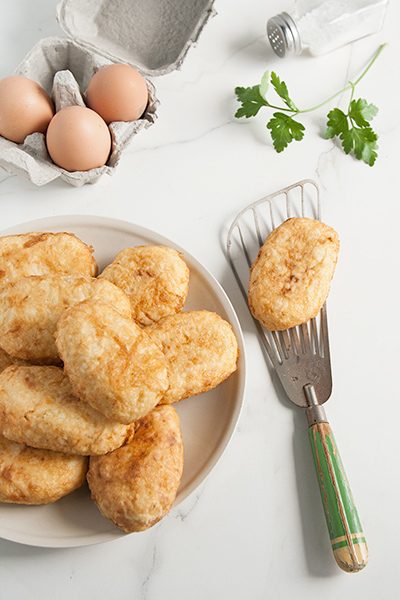