Here we are at the third (and next to last) video-recipe we have in store for you, perhaps the most delicious and the most anticipated we have prepared to date. Of course, we are talking about carciofi alla giudia, Jewish style artichokes, a truly legendary dish of Roman Jewish cuisine that has now assumed mythological proportions for all those who visit the eternal city with a gourmand spirit. 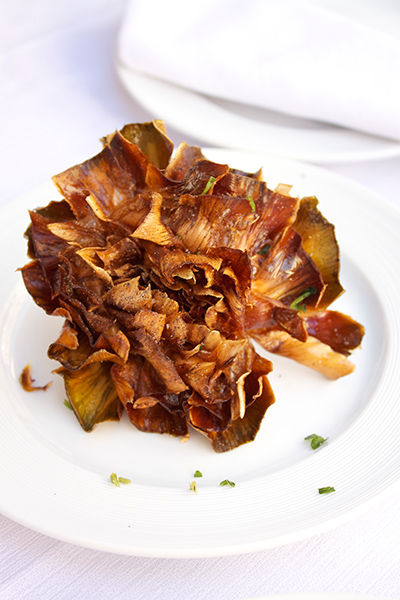 Jewish style artichokes look like a difficult dish, but do not be fooled, we guarantee that it is far from difficult. Now it is not the right season, so we understand it if you do not make them right away, but write down the recipe, because when you get those early artichokes you will have to get to work! 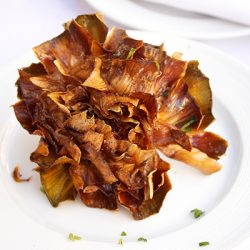