Jewish cuisine has many facets and, as you know, my business is to try to do my best to tell you all about them. We have talked extensively about Israeli and Libyan Jewish cuisine  because they are the two that I know best, but we have neglected Italian Jewish cuisine a bit, in particular Roman Judaic cuisine, which is rather interesting as well as delicious. 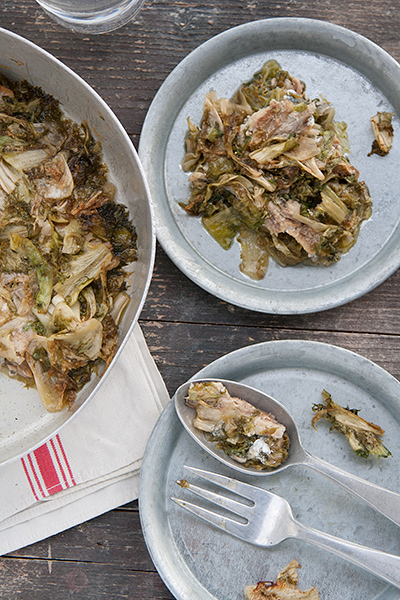 Today, I try to somewhat fill this gap by telling you about a traditional recipe from the Ghetto of Rome, that of the large anchovies with endive. It is a very humble dish, very simple to prepare (needless to say extremely tasty!), which you can serve both as an appetizer and as a main course.

This classic baked dish of the Roman Ghetto has a rather fascinating origin. When the Jews were confined in the Ghetto in Rome, from 1555 to 1570, they had to live by the Papal laws, some of which were pretty tyrannical at best. An example is found in the sumptuary regulations issued in 1661 by the same Jewish community of Rome: these regulations were created to conform to the will of the Pope, who had established that the only fish allowed for consumption for the Jews of the Ghetto was the small blue fish, in particular sardines and anchovies. Confronted with such a tiny array of options, the Jewish women of the Ghetto made the most of the ingredients they had… and thus invented the delicious dish I will teach you today, aliciotti con l’indivia, a pie made of anchovies deprived of the head and thorns, arranged in a pan alternating layers with white endive, baked in oil and pepper. 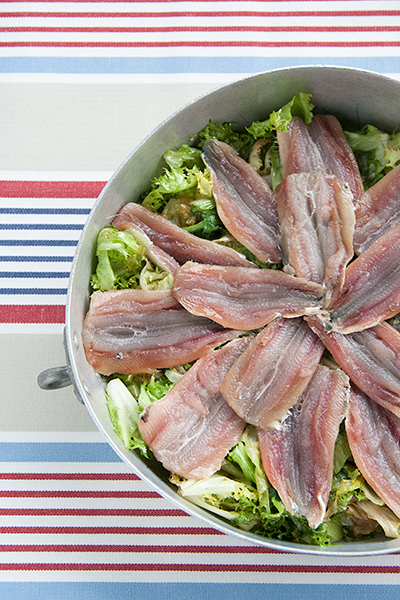 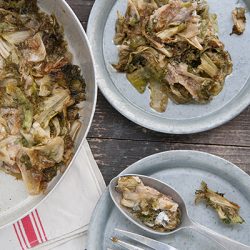 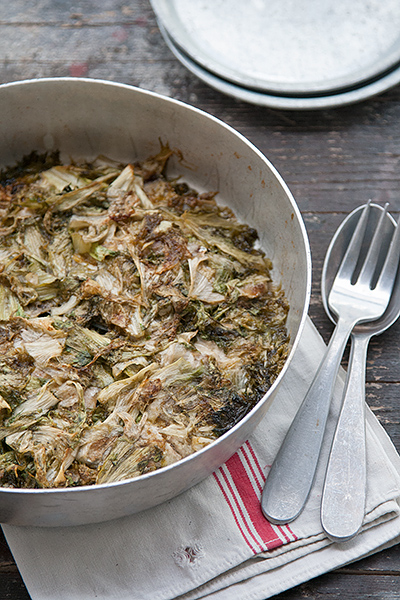